The Ajax system uses a self-developed Jeweller radio protocol for secure radio communication to protect system from hacking. This technology automatically changes frequencies if a malicious person attempts to jam the alarm system. It also utilizes tamper protection to prevent sabotage. If the alarm system is compromised, the administrators are alerted immediately and can take action to ensure the safety of the properties.

The new feature allows the user to see what is happening on the scene within seconds. It is configured remotely and on-site. If sensor is activated, the camera will take photos. The user can view the pictures via an app or monitoring station software. It is working with Ajax systems’ Wings radio protocol.

In a new feature for Ajax security systems, the professional alarm system uses advanced photo technology to identify people moving inside the property. When an intruder enters the premises, the camera will trigger an alarm. The app will then take up to five photos and show them to users who have authorized the system. The camera features a wide-angle lens and glass optics for images. The camera automatically applies an IR filter in bright light and activates its powerful infrared backlight in low-light conditions.

Ajax Systems MotionSensor uses an advanced software algorithm called SmartDetect to differentiate between a genuine and false alarm. SmartDetect compares the waveforms of two sensors and calculates the differences between them. It does this by analyzing the spectrum components of the signals sent by each sensor. This feature is unique to safety detectors and is also known as LISA.

Ajax systems have several motion detectors, including indoor and outdoor units. These devices use a PIR sensor to identify the presence of an intruder. A PIR sensor analyzes the body’s thermal radiation to detect movement. If movement is detected within a second, an alarm will be triggered. Both indoor and outdoor models of the MotionSensor use the SmartDetect algorithm to compare signals with typical human movements.

The Ajax security system allows you to test connected devices. If the alarm goes off, the system will sound like a loud 85dB siren. It also has an app that allows you to change the devices’ settings. Indicate If you want, you can even turn on or off the siren on the go. However, you should ensure that the Ajax detector is only intended for indoor use as foe outdoor the other device with more strong body is used.

Ajax security systems include an indoor wireless siren with the connection width of up to 2000 meters. The device is also designed to signal your inner circle and a security company when it detects danger. The system can be armed and disarmed using the app and a wireless touch keypad.

Ajax Systems’ motion detectors use a software algorithm called SmartDetect, which analyses the infrared sensor’s waveform and compares it to the human movement value. Because an animal’s heat spots are small, they don’t send a signal to the detector, so the system won’t raise the alarm when an animal is in the area.

The company’s products are tested by independent labs and issued international quality certificates. Ajax systems have been independently certified by reputable European laboratories. The certification grade of Ajax alarm systems demonstrates that they are ready to withstand even the most experienced attackers with special equipment. And because the software uses multiple factors to determine real alarms, they do not require an exorbitant price tag.

The Ajax security system is based on the combination of intelligent software and reliable hardware. The company’s unique Jeweller two-way radio protocol allows devices to be placed up to 2000 meters away from the control panel — Hub. The protocol is encrypted and resists jamming. Ajax’s detectors are equipped with false-alarm-preventing algorithms, preventing false alarms. 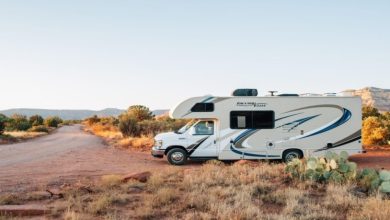 What Is an RV Cellular Booster? 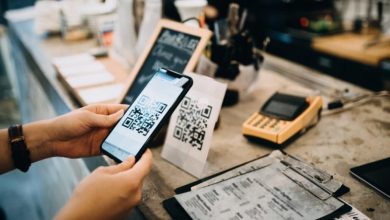 These Electronics Are Seeing a Resurgence

Everything You Need to Know About Cardano