What is an LED Processor?

By LisaSeptember 2, 2022No Comments4 Mins Read 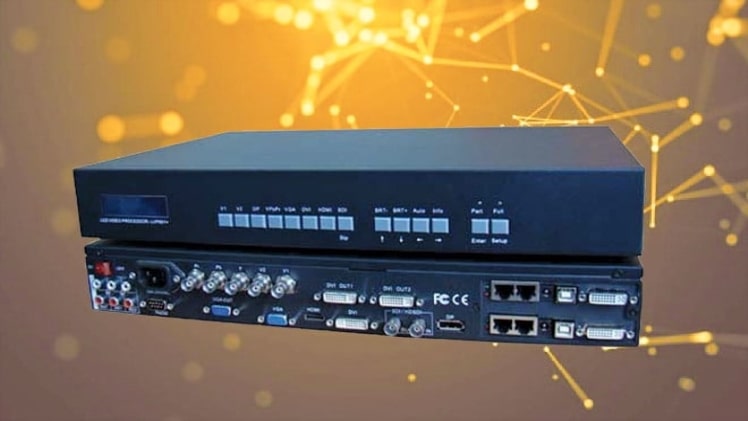 Before you buy an LED processor, you should know some basic information. Here are some of them: Size, Functions, Price, and Installation. Then, you can choose one that is suitable for your needs. You can also look for a supplier who provides support. LEADING LED TECH is one such supplier. You can contact them if you require any assistance. The company provides LED processors for a variety of applications.

LED video processors are devices that display different video formats on a single screen. They are versatile, easy to use, and are controlled by computer software or a WIFI connection. LED processors can handle multiple video signals without any delay. They are also capable of seamlessly switching from one input channel to another.

LED processors are also used in full-color displays. This type of display has very large pixels and strict requirements for image processing. A high-quality video processor can modify the image quality and perform processes such as edge sharpening, de-interlacing, and motion compensation. This type of processor can also enhance the detail in the image, improving the quality of the display.

The video processor is also called an image converter or video controller. It is a high-performance video processing device that supports full-color LED displays. It ensures that the correct content is displayed on the right screen. Several video signals are input to the video processor, which then forms a single, unified image. It then sends parts of the unified image to individual screens.

An LED processor is a device that transforms image data into an LED display. It does this by processing video graphic signals. It is an efficient way to turn image data into full-scale visuals. Most video processors also have the ability to enhance the resolution format, color spacing, and image scaling.

The LED display has higher resolutions than any other flat panel display, and this requires a high-quality video processor. It also performs image processing such as edge sharpening, de-interlacing, and motion compensation, which improve picture quality. An LED video processor can also zoom and display the image in any size. An LED processor can also handle multiple signals at a time and switch between them. A good processor can increase the quality of the image and increase the viewing experience.

There are several different types of LED processors. The HDM11.4.1t processor, for example, supports all input ports, including HDMI and DVI. Its bandwidth utilizing rate and loading capacity are far better than those of its competitors. It also supports 16 selective built-in resolutions. Other features of this processor include RS232 and USB linking.

LED processors are a vital part of LED displays. In addition to enabling the display of multiple screens, these products also enhance the image quality. They can process signals with different bit rates and resolutions. Some of the most popular models of LED processors include the RGBlink, VDwall, and Colorlight. If you’re unsure of which one to purchase, you can consult a specialist in the field.

The most important function of an LED video processor is to improve video quality. An LED processor can change the resolution, colour space, and scaling of an input video signal. They can also switch between multiple signals. As an church LED screen has a higher pixel pitch than some other flat panel display media, an LED video processor will be able to improve the image quality of the signal it receives.

LED video processors are image conversion devices that are specially designed for use in full-colour LED displays. These processors are able to change the resolution format, colour space, and image scaling. In addition, most video processors can also enhance the image-quality, resolution, and brightness. These features make LED walls more versatile than single-display systems.