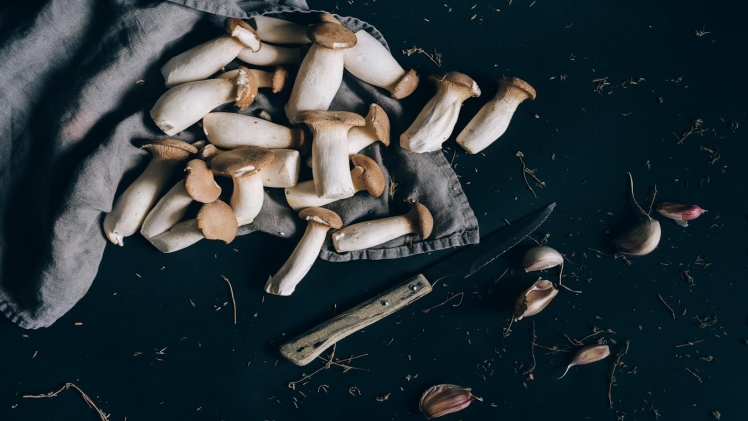 Magic mushrooms have been part of traditional practices in rituals, ceremonies, and as a healing medium. However, there were misconceptions and superficial understanding of mushrooms in the past.

Shrooms, with years of assisting ancient healers, have been consumed to aid in healing pain or as a way to communicate with their gods. But colonization and abuse of it led to banning psychedelics.

Fortunately, we are now trying to destigmatize the conception of mushrooms and other psychedelic substances. As a result, scientists can perform experimental research.

What are Magic Mushrooms?

Magic mushroom is a fungus that thrives under specific environmental requirements. Most shrooms love to grow on dung, forests, and grasslands. But nowadays, you can grow them at home using the proper equipment.

Shrooms contain the psychedelic substances psilocin and psilocybin. Psilocin is an unstable compound that quickly degrades when exposed to heat and other environmental factors.

However, psilocybin is the most stable of the two. This is because it breaks down to psilocin when in the body.

Psilocybin turns to psilocin, so it can proceed to induce its psychedelic effect once it reaches the brain.

It will result in hallucinations, vivid visuals, heightened emotions, change in perception, etc. However, these differ from person to person and the dosage.

How Does It Affect the Brain?

When eaten orally, the liver converts psilocybin into psilocin. The substance will then bind to the serotonin receptors in the brain. This area of the brain influences perception, cognition, and mood. Additionally, hallucinogens affect the parts of the brain that control arousal and panic reactions.

Another impact of psilocin is that it decreases function in the Default Mode Network (DMN). However, it also stimulates neural pathways that lead to abnormal brain communication.

The DMN, which aids in introspective tasks, is a system of interconnected regions of the brain rather than a physical component. It monitors all mental activities, including daydreaming, thoughts about oneself or others, etc.

Psychedelics promote integration throughout the entire brain by blocking the DMN. When this happens, a more flexible form of cognition occurs. According to experts, inhibiting the DMN breaks ego borders, freeing oneself temporarily from negative and self-limiting thoughts.

Both neurogenesis and neuroplasticity occur throughout our life. However, certain factors impede their actions, such as stress, alcohol, diet, lack of sleep, and mental disorder.

In current studies, psychedelics can aid in forming new pathways safely and help the brain improve as it rewires to experience new things. Hence, scientists believe that the enhancement of neurogenesis and neuroplasticity by psilocybin can help address mental health issues.

Psychedelics can stimulate the brain to create a new connection and pathway for better transmitting neurotransmitters, boosting neurogenesis, etc.

What Are The Effects of Magic Mushrooms?

Of course, explaining how psilocybin affects the brain is different from actually experiencing it. Once the mushroom is inside your body, effects can take place from 10 minutes to about an hour. It depends on the mode of consumption, dosage, strain, etc.

Usually, the drug will last between 4 and 6 hours and peak at 2 to 3 hours from consumption. The more you ingest, the longer it takes effect, and the trip’s intensity is much more heightened.

The experience appears differently for each user. For example, some can report changes in their perception and time, synesthesia, dream-like feeling, illusions, etc. Meanwhile, others said they have changes in their sensory experience, fractal images, and a deeper understanding of their thoughts.

In addition, a person’s mindset can also affect how they respond. Some get positive experiences from its use, while others become anxious and disoriented.

There are also changes in the emotions of the user. For example, individuals can have intense feelings of bliss, ecstasy, nervousness, and anxiety.

Expert users often opt for spiritual experience by increasing their dosage. This experience is described as a feeling of calmness, joy, and transcendence of time and space. In addition, there is a feeling of unity and connectedness with one’s surroundings.

Higher doses are only allowed for expert users. However, if you are interested to learn more facts about magic mushrooms, how to use them, or what is the proper dosage, you can find plenty of online articles dedicated to them.

In addition, carefully educating yourself on interesting facts about magic mushrooms will help you further understand their use. It can also eliminate the thought that psychedelics can cause drug addiction.

Use in Modern Society

Today, psilocybin is used recreationally for enjoyment, to inspire spiritual quests, and to gain insights. They are similar to how it was used in the past. However, unlike before, we have now understood its impact on the brain.

It is now becoming part of the modern treatment for psychiatric patients or individuals with mental disorders. In addition, institutions like Johns Hopkins Center for Psychedelic and Consciousness Research showed promising study results.

In the Journal of Psychopharmacology, their subject showed a decrease in depression and had less severe depression. In addition, the findings showed that it lasts 12 months after treatment with psilocybin.

Other studies also claim the effects of magic mushrooms on the treatment of PTSD, anxiety, substance abuse, etc. However, we need further studies to learn how it can contribute to treating bipolar and psychosis.

One interesting fact about magic mushrooms that you should know is that despite the continuous effort of scientists, it is still illegal to use them. Therefore, precaution is a must.

However, magic mushrooms in Canada are readily available online and in some dispensaries. You can purchase them discreetly and enjoy the effects of shrooms.

If you are looking for one, Zoomies Canada is an online dispensary that offers a variety of mushroom strains, edibles, and drinks. You can enjoy their high-quality products, which are accurately processed and tested for safety.

The impact of magic mushrooms on the brain has a long way to go before it is legally available, like cannabis. However, as scientists continue to study its effects on the human brain, we still have hope that in the future, treatments as such will be readily accessible.

Advances in the Medical Field

Female Receding Hairline – What Will Work?